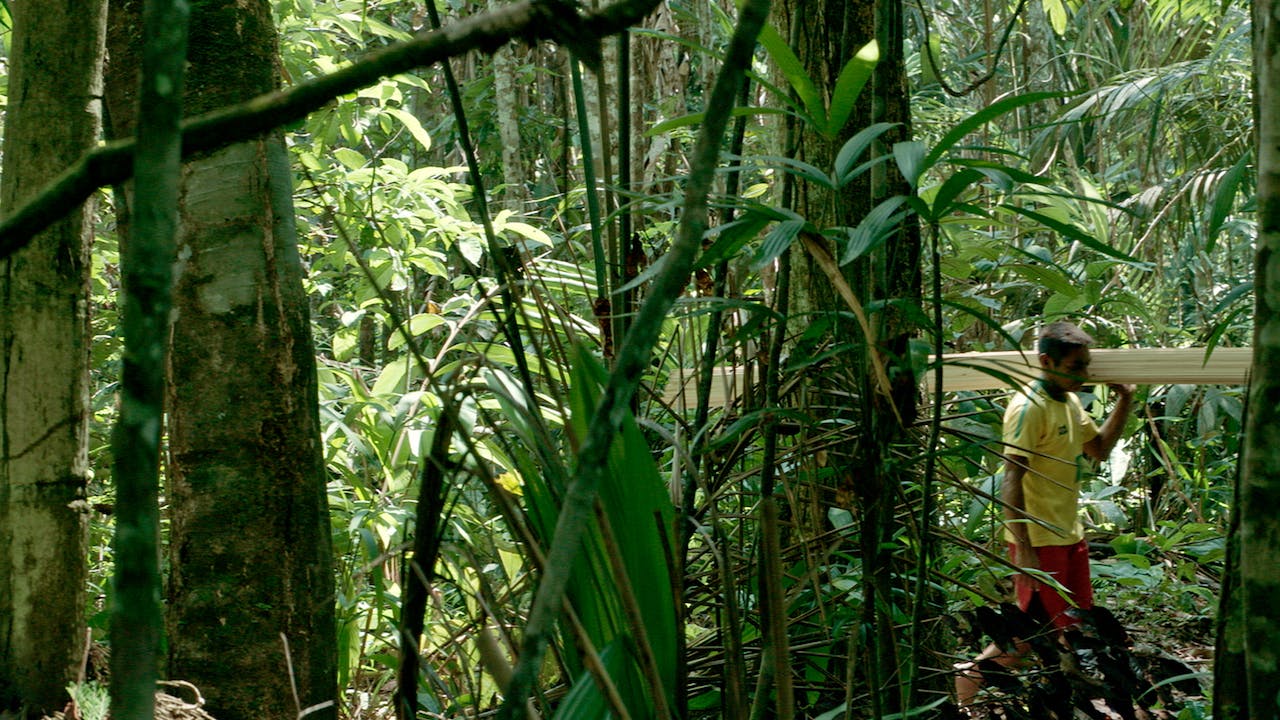 Deep inside a pristine forest, we hear the sudden sound of a chainsaw sending a fir tree to the ground. So begins this magnificent, formally adventurous documentary. Consisting entirely of thirteen 360° panning shots, WALDEN follows the tree’s lumber from its harvest in the Austrian wilderness around the globe, as it slowly makes its way across towns, ports, and continents. Each shot corresponding to a stage in the process. Breathtakingly photographed and utterly absorbing, akin to watching a grand puzzle coming together before your eyes, WALDEN is a profound rumination on the role nature plays in all of our lives, both as individuals and as those living in a world defined by globalization.