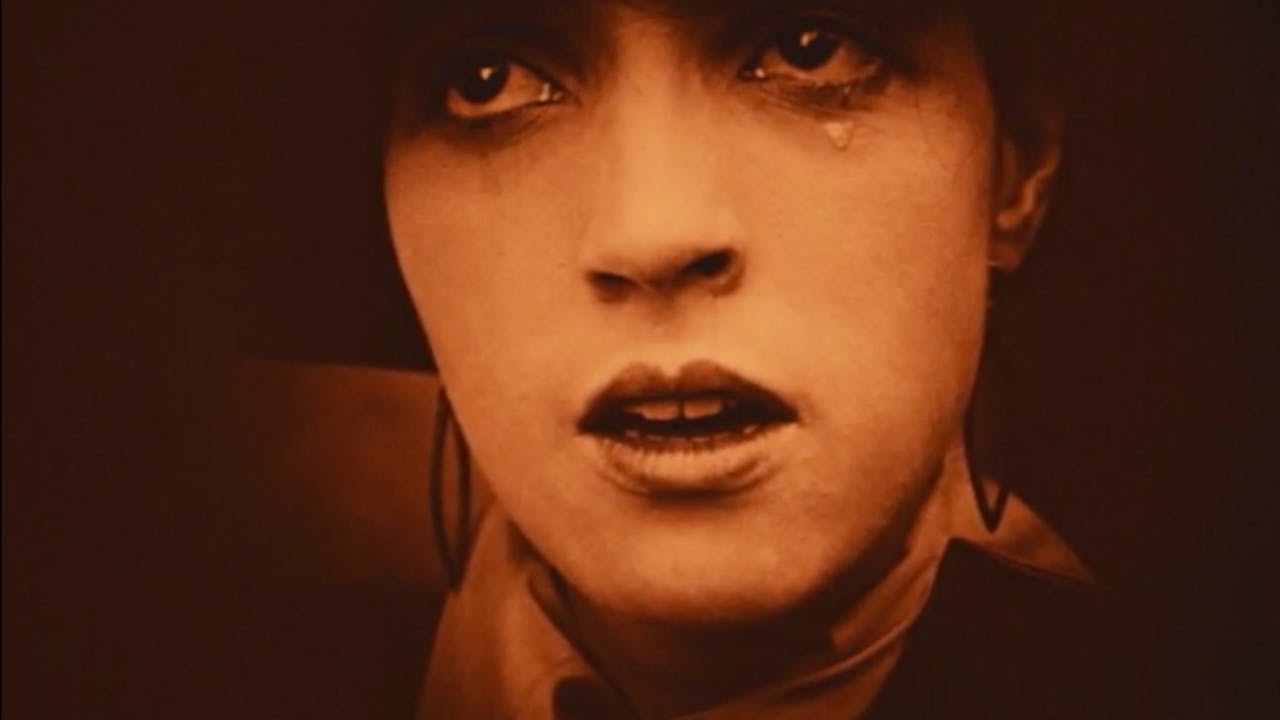 The Thoughts That Once We Had

Described in an opening text as a “personal history of cinema, partially inspired by Gilles Deleuze,” THE THOUGHTS THAT ONCE WE HAD from master cinematic essayist Thom Andersen (LOS ANGELES PLAYS ITSELF) is a richly digressive journey through cinema. A found-footage film composed entirely of unidentified, yet often recognizable, film clips and concise intertitles written by Andersen, Thoughts leaps associatively, like Deleuze, across a vast territory spanning from Griffith to Godard, using dynamically cinematic images and sequences not to explain, but to embody Deleuzian ideas in all their rich ambiguity and nuance. Andersen strikingly avoids his now signature voiceover, instead assembling synoptic flash frames and lengthy sequences into a rhythmic and meditative experience designed to engage a thinking and emotional viewer, one not necessarily versed in Deleuzian theory. Andersen’s infectious cinephilia is a love for cinema—a life in cinema—and is grounded in an ethical and philosophical understanding of film that describes a clear trajectory across all of his major films.