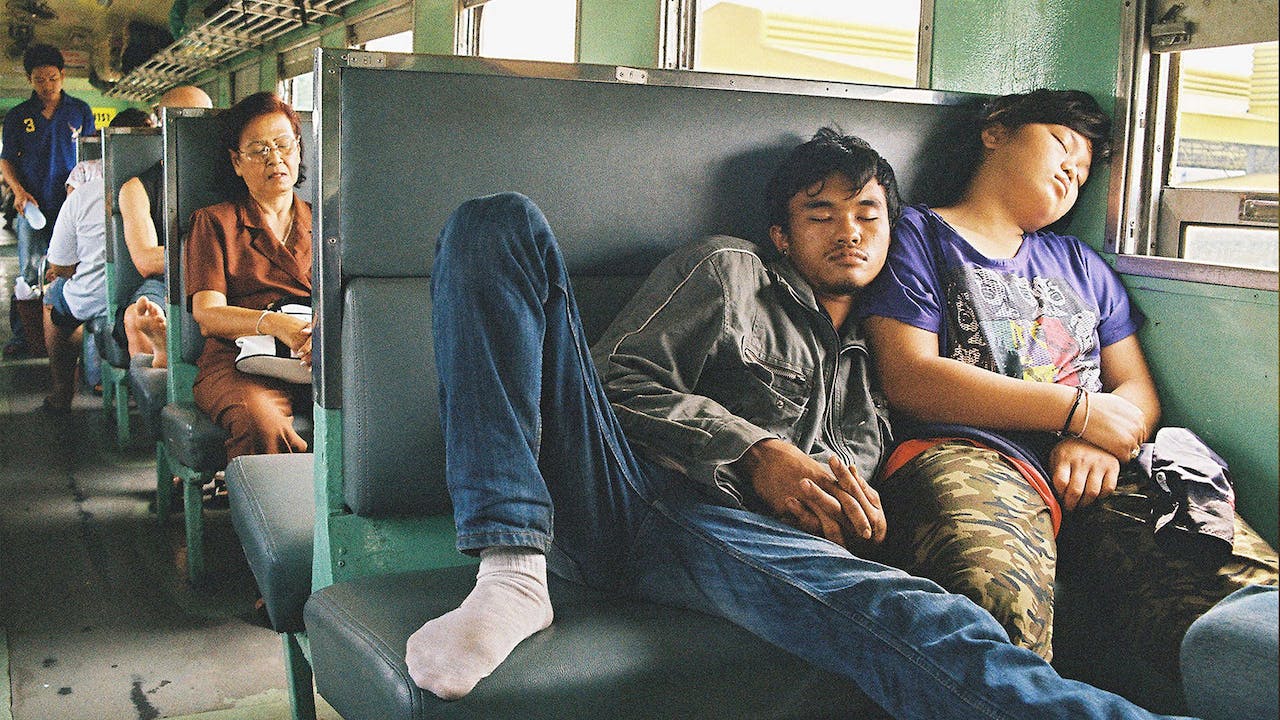 The first railway line in Thailand was inaugurated in 1893 – a sign of progress and prosperity. Shot over eight years on every active line of the country’s railway system, this wondrous documentary, directed by Sompot Chidgasornpongse and executive produced by Apichatpong Weerasethakul, offers an unprecedented immersion into the country’s past and present. While the camera mixes with the passengers as if it itself were one of them, Railway Sleepers skillfully collapses its massive trove of footage to simulate a two-day, two-night journey through the country. Looking out the train windows, you can still see rice paddies and palm trees. In first class, foreign tourists mingle with wealthy locals, toasting one another before retiring to generously sized couchettes. In the back of the train, the wagons are jam-packed. Railway Sleepers emerges as a contemplative portrait of this ever-shifting country as well as a fascinating illustration of the powerful economic and psychological role the railway system played in its history.