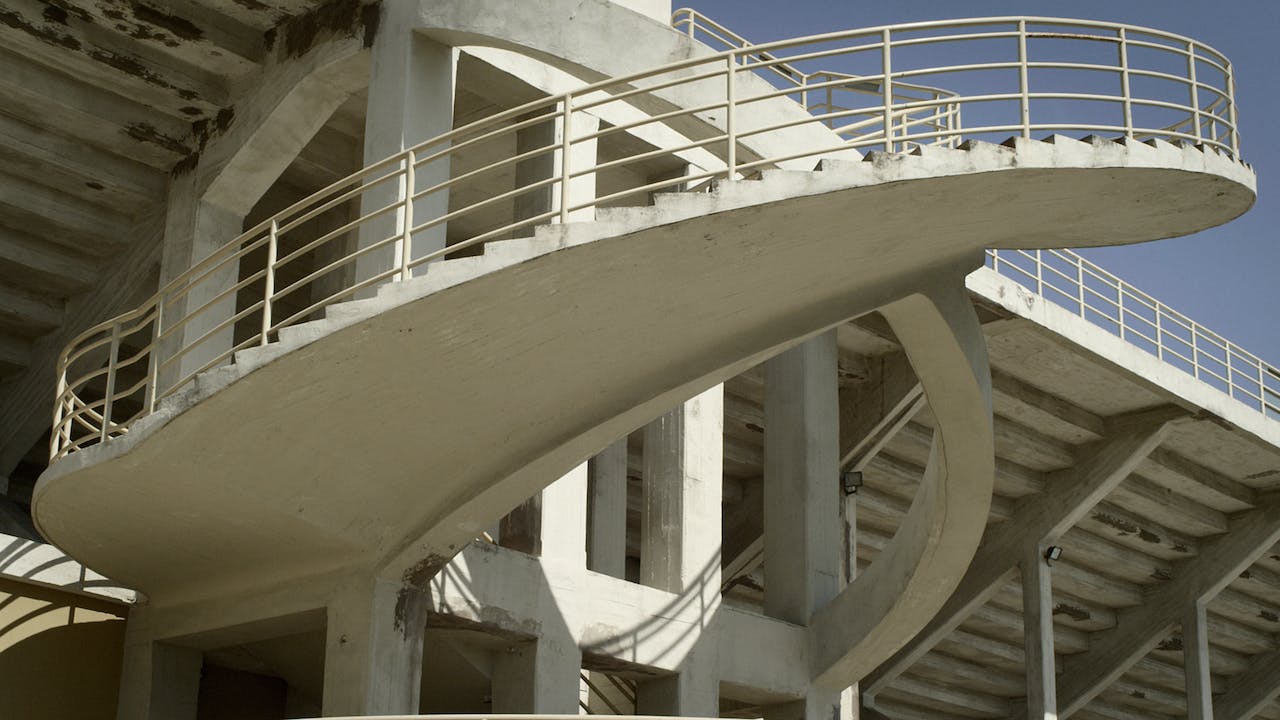 PARABETON begins with the first still existing dome structure in Baiae near Naples, built in the first century B.C. It is followed in chronological order by seventeen buildings by the Italian building engineer Pier Luigi Nervi (1891-1979), including the Pirelli tower in Milan, the UNESCO headquarters in Paris, the House of Labor in Turin, the grand Sports Arena in Rome and the Papal Audience Hall at the Vatican. These sequences are interrupted by cinematic studies of Ancient Roman concrete constructions from the first century B.C., including the Pantheon and the Caracalla thermal baths in Rome, as well as the Hadrians Villa in Tivolo. Considered by many to be the Architect‘s Architect of the 20th century, Pier Luigi Nervi is the creator of style-forming constructions and a grand master of concrete buildings. In its gorgeous compositions and cinematography, this wondrous documentary suggests a relationship between Nervi‘s bold constructions and the groundbreaking Roman inventions of 2000 years ago.