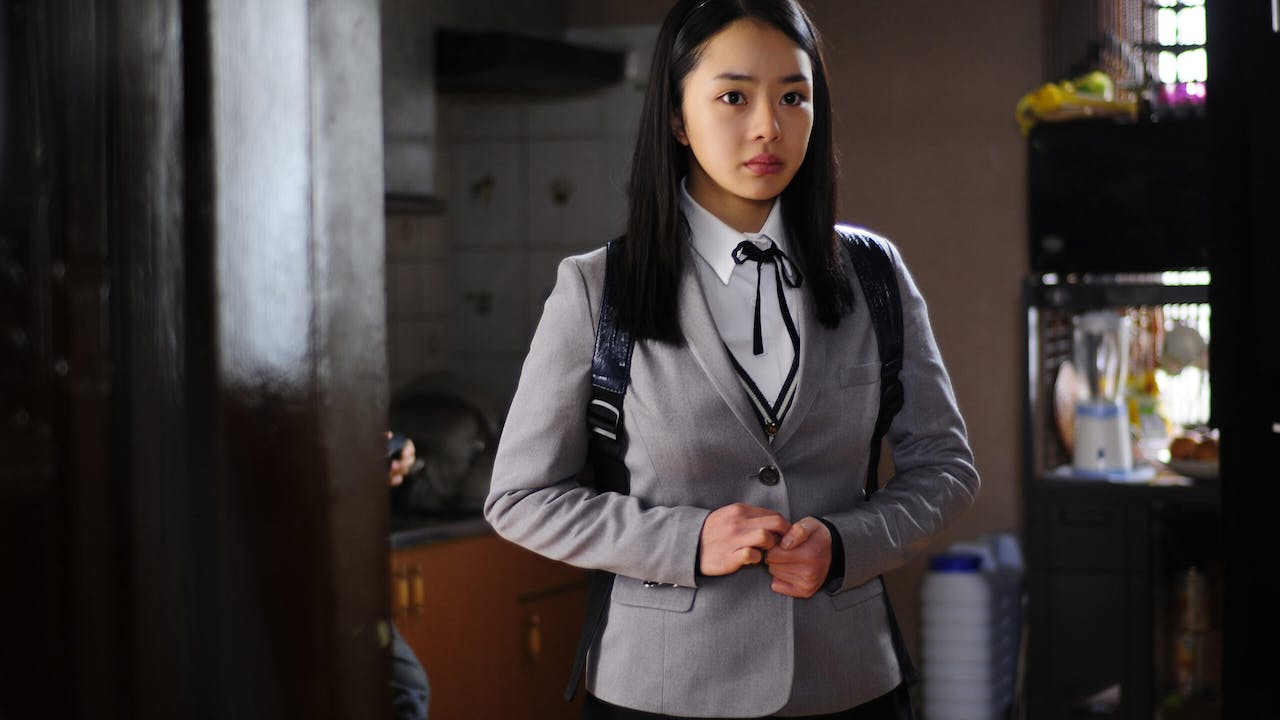 After a haunting accident while on the lam, Joongshik migrates to Paju, a gray town where the urban landscape is as bleak as the fate of its residents. In attempts to remain in hiding and sublimate the tragedies of his past, he finds a kindred spirit with secrets of her own. Her younger sister, Eunmo, disapproving of the romantic arrangement, quickly drives a wedge into the already aloof relationship. Delicately unveiled through an anachronistic period of eight years, PAJU tells the story of a man and his transgressions, a girl in conflict with herself, and the alienation that we often face—even in the presence of those we love. Writer/director Park Chan-Ok (JEALOUSY IS MY MIDDLE NAME) leaves no controversial stone unturned by exploring the dialectical forces at work within of a community that simultaneously resists and accepts change.