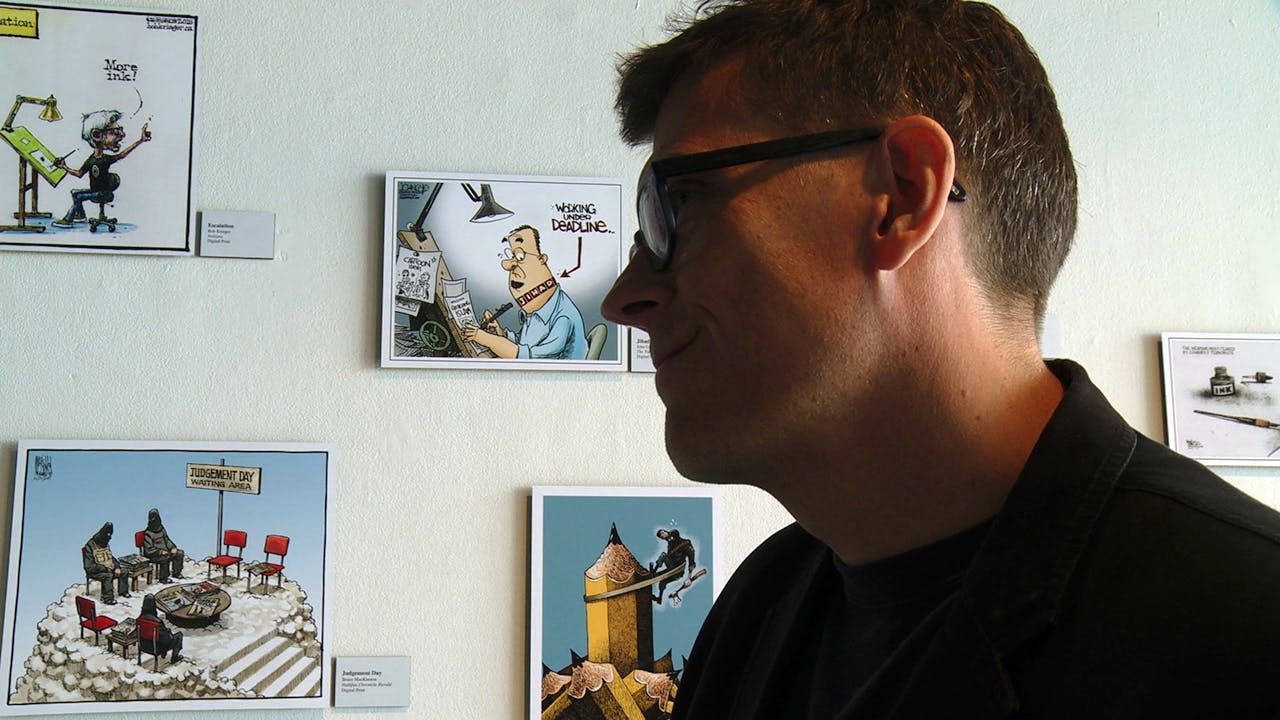 Mr. Fish: Cartooning from the Deep

A political cartoonist known for his outrageous and subversive art, Mr. Fish’s work has been published in places such as Harper’s, The Nation, The Los Angeles Times, LA Weekly and The Village Voice and sites like truthdig.com. In this intimate and revealing documentary, Mr. Fish: Cartooning from the Deep End, we are introduced to the dangerously funny cartoonist as he struggles to stay true to his creativity in a world where biting satiric humor has an ever-diminishing commercial value. Having found success creating compelling editorial cartoons, we meet Mr. Fish as his profession is on its way out. Editors previously willing to back controversial work are disappearing as fast as the newspapers which once employed him. Undeterred, Mr. Fish faces his plight head-on and with an abundance of creative energy. In the course of this documentary he curates a show and produces a book on the history of the art form, develops an animation series, and stages a gallery show of new original fine art. But things begin to spin out of control and Mr. Fish is forced to make devastating choices.