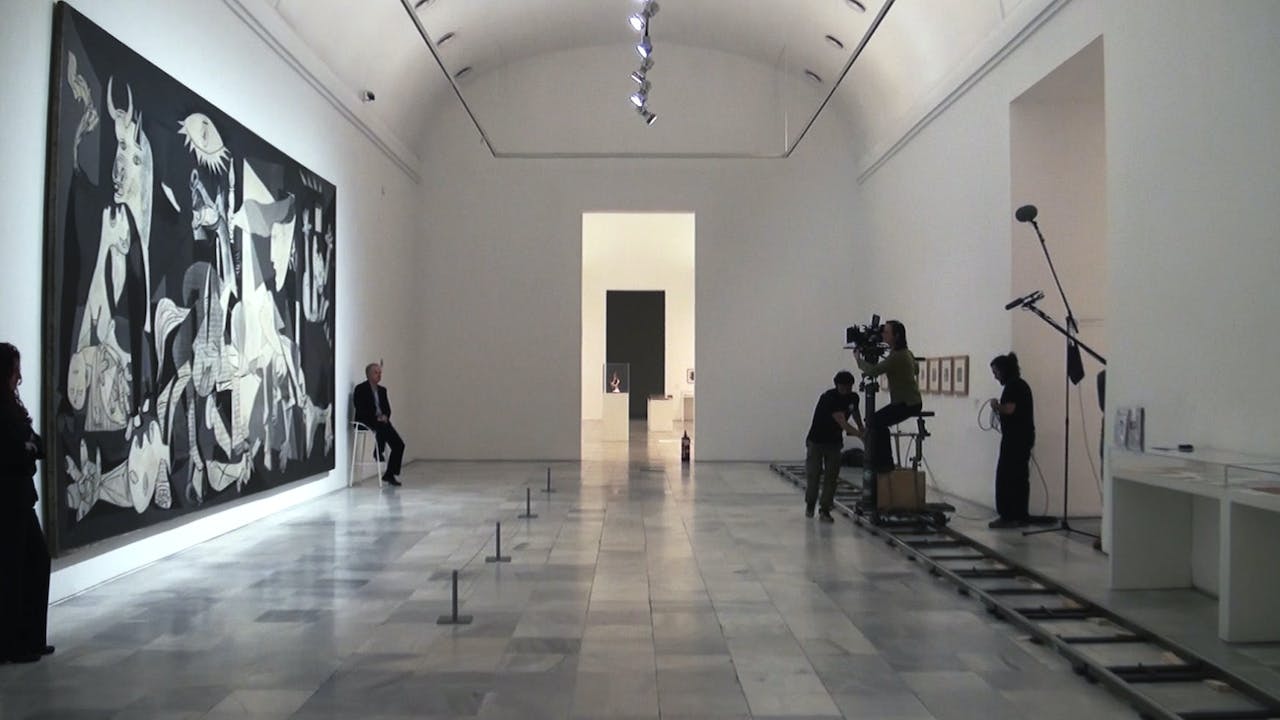 GENERAL REPORT II works in dialogue with its 1976 predecessor GENERAL REPORT,while expanding dramatically on its scope, positing that European reality today is every bit as unhinged as it was 40 years ago. Onscreen conversations between activists, movement leaders, politicians, and scientists accumulate to form a registry of the current state of affairs — and an inventory of ways to face it. As he engineers encounters with experts at museums and cultural institutions, Portabella gives us a behind-the-scenes look at not just the construction of culture but its relation to power. And in documenting the recent presidential election in Catalonia, he examines how the issues affecting Europe play out in microcosm in his home country.  These topics and more combine to form a panoptic view of human society's fragility and future.