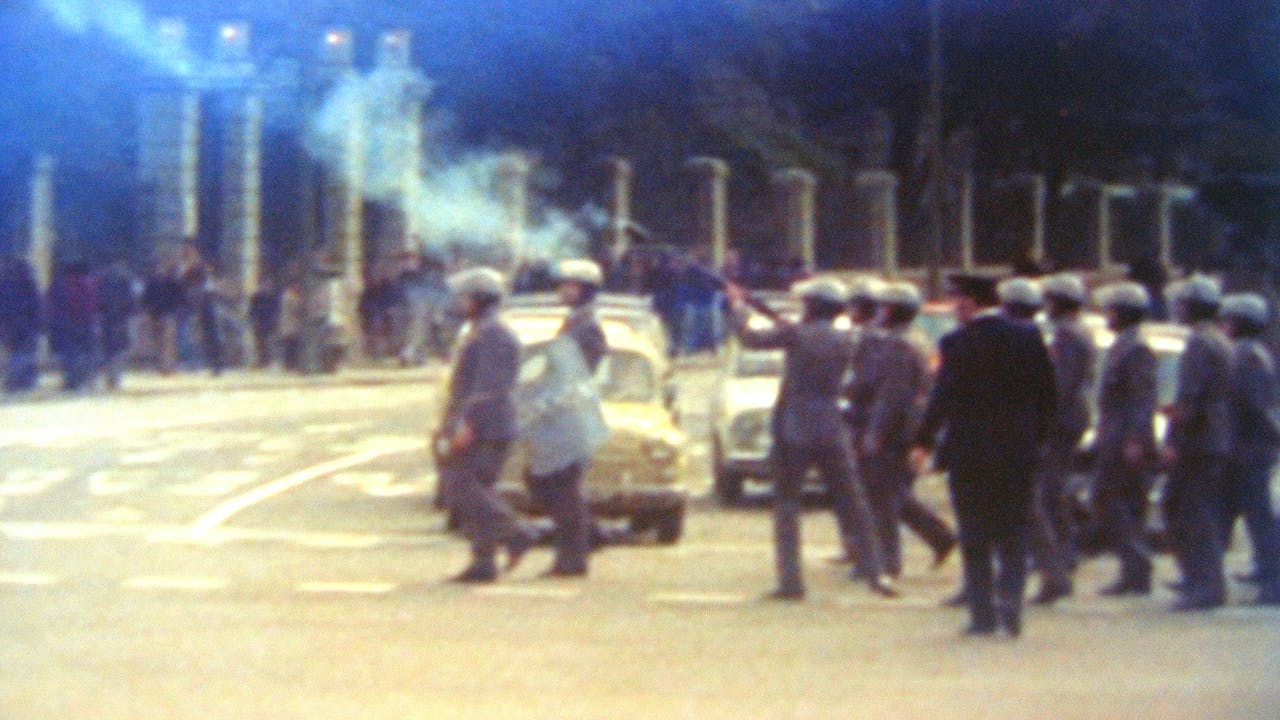 Shot in the months following the death of dictator Francisco Franco — and, consequently, the death of the oppressive regime that had ruled Spain for almost 40 years — Pere Portabella's landmark study, GENERAL REPORT, combines clandestinely filmed footage of public protests with extensive conversations between politicians as they try to determine how to transition from a dictatorship to a democracy. Placing as much value on form as it does on content, GENERAL REPORT is a vital document of one of the turning points of 20th-century European political history — an event whose repercussions continue to be felt to this day — and a milestone of political filmmaking.