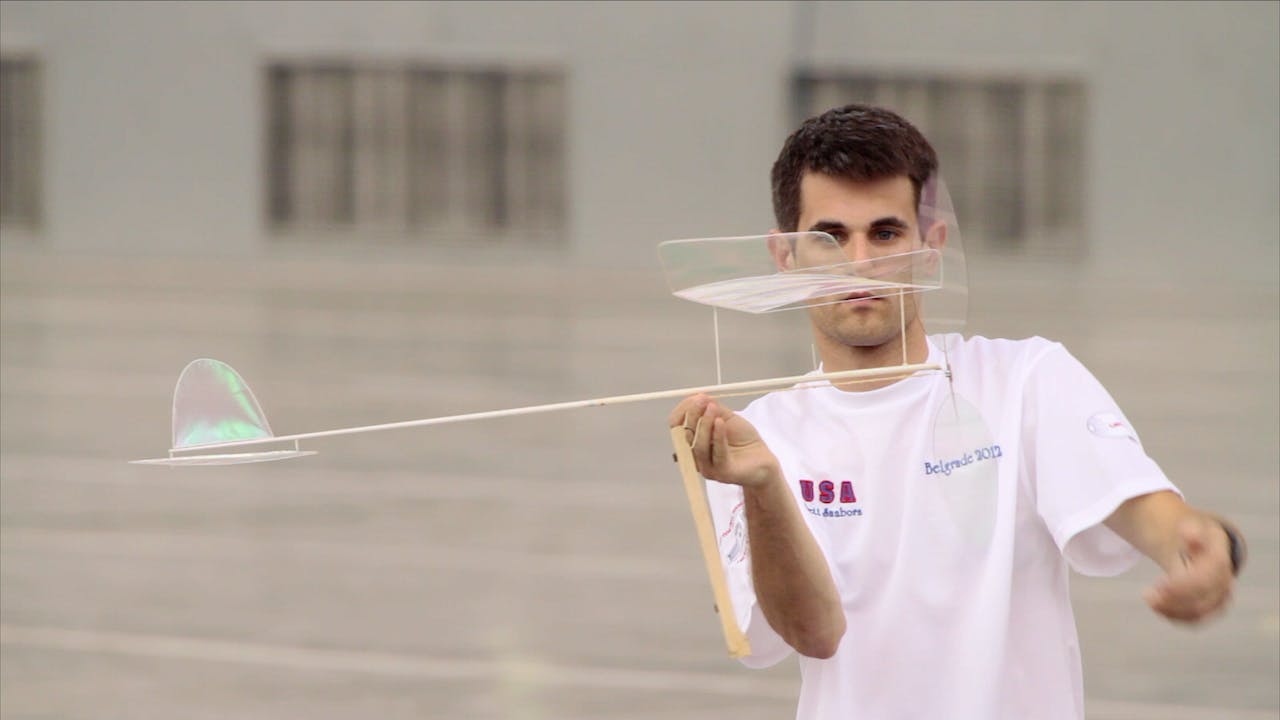 Imagine traveling halfway across the world, descending over 400 feet underground in a tiny elevator, and spending nearly a week in the vast, cathedral-like salt mines under Romania to compete in the most elite model airplane contest on the planet. Officially known as the “F1D World Championships”, pilots representing over 12 countries attempt to keep their plane flying as long as possible. After devoting years of time into construction and practice for no material reward, glory becomes their primary incentive. Like any competition, cheating and controversy are an integral part of the sport. Float follows the tumultuous journey of Brett Sanborn and Yuan Kang Lee, two American competitors as they prepare for and compete at the World Championships.