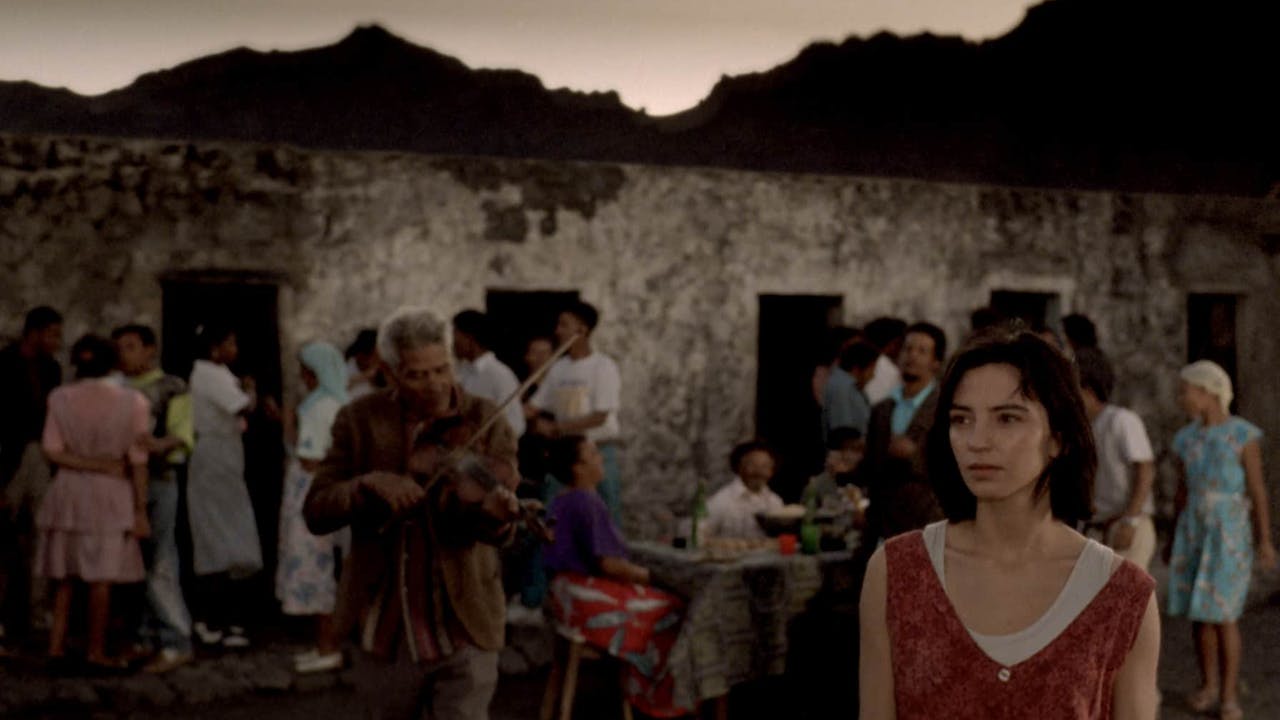 In only his second feature, Portuguese filmmaker Pedro Costa (HORSE MONEY, IN VANDA'S ROOM) brilliantly reworked Jacques Tourneur’s classic I WALKED WITH A ZOMBIE into a reflection on his country’s colonial legacy. A nurse, Mariana (Inês de Medeiros), accompanies Leão (Isaach de Bankolé) to his home on the volcanic islands of Cape Verde after an accident leaves him in a coma — but he goes unrecognized by fellow denizens, leaving Mariana trapped with and eventually entranced by a mysterious community. Never before released in the U.S. and now beautifully restored, CASA DE LAVA foreshadows the masterful films that would follow, yet is an extraordinary, ravishing work in its own right.