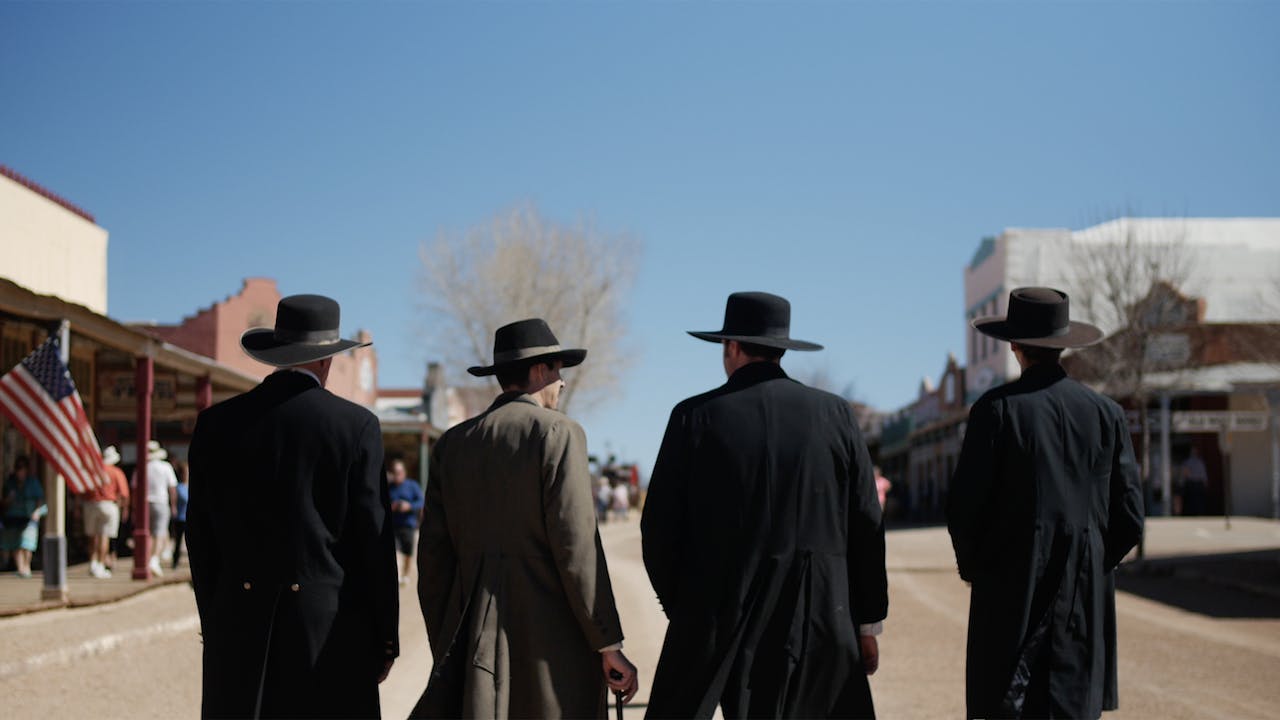 And With Him Came the West

After the moment of the Gunfight at the OK Corral in late 1881, Wyatt Earp became famous in his own time. He was already known within the western territories as a tough lawman. The gunfight represented the epitome of what the wild west stood for: good guys against bad guys in a thrilling duel. The real event was 30 seconds long. The motivations behind it have complicated details. But Wyatt wanted us to forget all that. He was never shot in a gunfight and lived into old age. By chance, at a championship boxing match at the turn of the century – which became the first feature-length movie – Earp saw the power of cinema in action. He decided he could rewrite history through the magic of movies, hanging out in Hollywood in the 1920s to try to get a movie made about his life. And it actually worked.