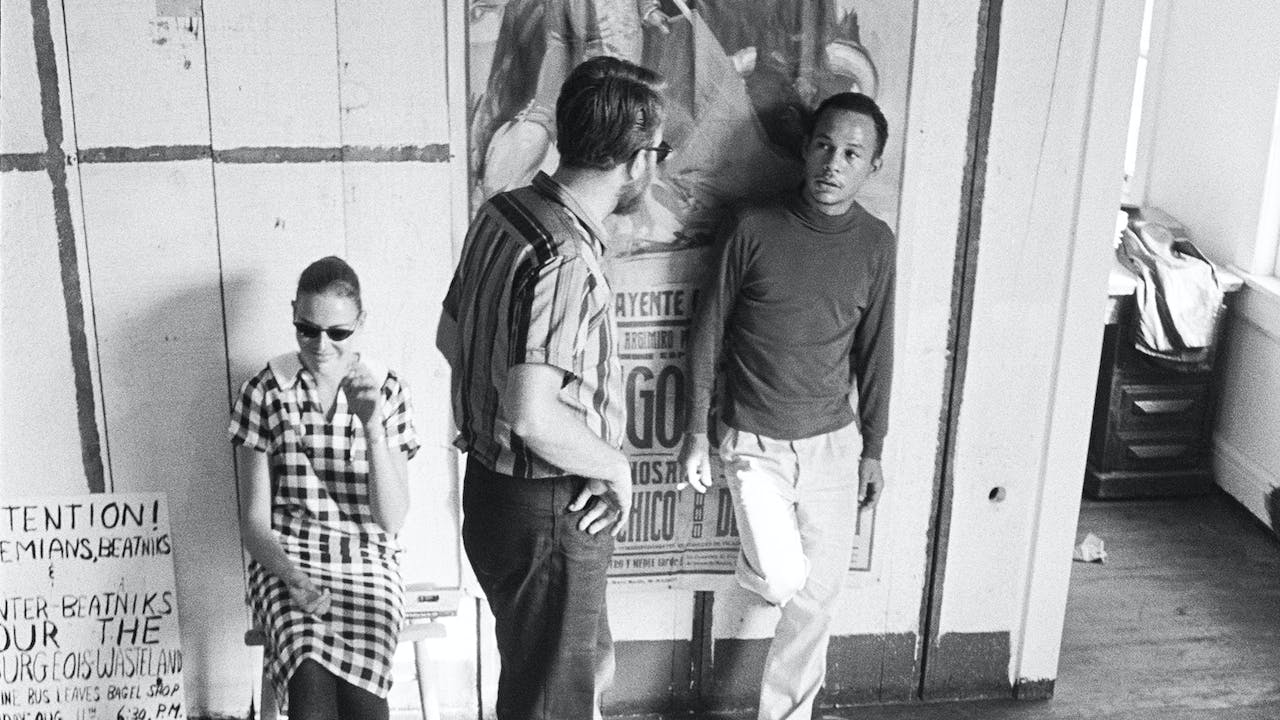 And When I Die, I Won't Stay Dead

Legendary Beat figure Bob Kaufman considered poetry a key to human survival, an idea made all the more legitimate by the longevity it's granted: the things he saw, heard, tasted, felt, and, most of all, thought were preserved in his work. Embodying the spirit of those efforts, the new film from Billy Woodberry, director of the landmark BLESS THEIR LITTLE HEARTS, is perhaps the closest we can come to knowing the man and his time. The picture is alternately dense and fleet in its assemblage of archival footage and photos, interviews with contemporaries, and readings from the likes of Ruby Dee and Ossie Davis. AND WHEN I DIE's cumulative effect is to understand a familiar, over-exposed era with new eyes, thanks in no small part to the honest assessment provided by some of New York's Beat generation some half-century removed. Its soundtrack (with selections by the likes of Billie Holiday and Ornette Coleman) hums, the participants are lively in their recollection of the man and his words, and the pace of its montage is energetic — a whirlwind procession that will leave viewers with a vivid understanding of Kaufman and his work.